Home/blog/Our poster for The Ninth Passenger

Our second poster for ‘The Ninth Passenger’ coming 2017 from Lionsgate 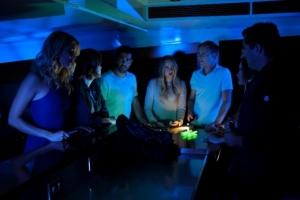 The feature-length directorial debut of Ian Plaff, The script was written by Corey Large and Steve Albert. Gary Ousdahl of Advanced Management, Isaac Lefevre and Felipe Dieppa serve as executive producers.
The film follows a group of college students on a spontaneous midnight sea voyage that turns to horror when they drift to a dark island and are hunted by a mysterious ninth passenger.